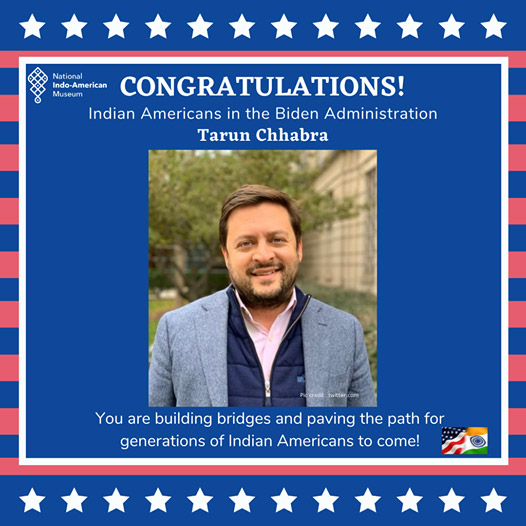 He also served as a Speechwriter to the Secretary of Defense at the Pentagon.

Chhabra is a Senior Fellow at the Center for Security and Emerging Technology at Georgetown University.

He is a graduate of Stanford University and Harvard Law School where he was a Soros Fellow. He obtained M.Phil. from Oxford University as a Marshall Scholar and was a Fulbright Fellow in Russia.