National Indo-American Museum > Tell Me About

We would love to receive your essays and short stories on an announced topic and we will publish our picks on webaite as well as on all our social media sites.
Stories (true accounts), in 500 words or less, to be submitted by a given deadline to stories@niam.org

Tara Swaminathan
Where are you from?
It’s an interesting question, but this isn’t new to me! While I was in India, I faced this often being a south Indian and growing up in the North, and I am sure the reverse was true for many North Indians! That being said, the question is how I faced it here. At first I didn’t find it to be offensive as I to had just moved, and was proud to say I am from India. I was still adapting to this new country, which soon became my country. Once I became a citizen, the question was the same but I had changed my views of who I was and where I came from. I felt I was from America just like any other immigrant, whose forefathers had come from from some other part of the world at some point in time! That question no longer seemed fair as I felt that was asked more because of my brown skin more than anything else.

At first when they asked me where are you from? My answer would be from here and as they persisted I didn’t get upset as I did have my roots in India. 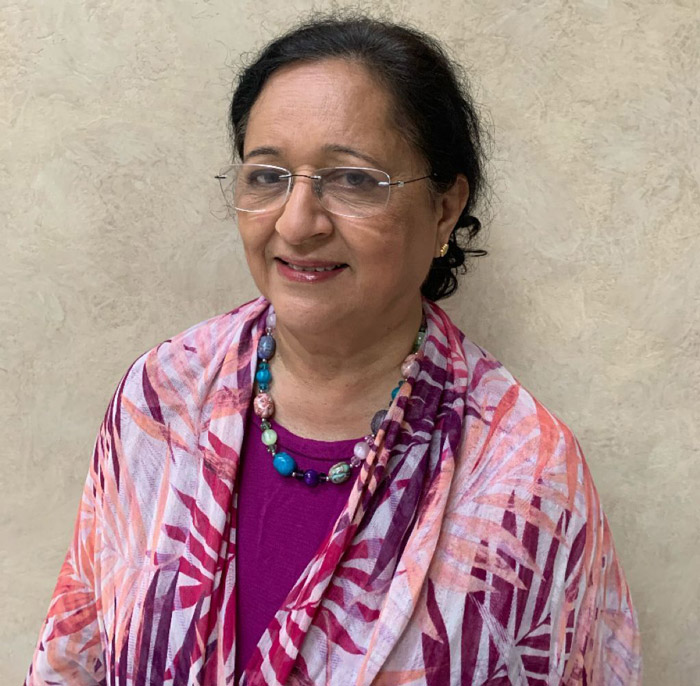 After I had children and they were asked by their friends where they were from and they would come and ask me…now that bothered me to the extent that I told them in no uncertain terms that they were as American as the friend who asked that question. I feel our children have faced it more often than us.

Today I feel people from different backgrounds have settled in this country and have come together. They are creating organizations to give a platform to their voices and organizations like NIAM make it possible for us to educate and preserve our culture, yet be a part of this beautiful quilt “America” we call home. 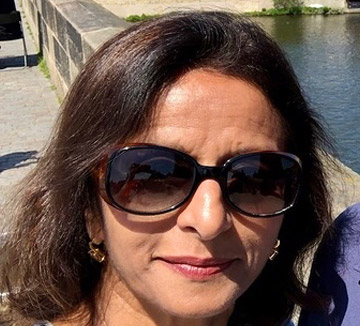 Dr. Raja Nadimpalli
Where are you from?
The first time I was asked that question, I hesitated to answer. I had been in this country for less than a month and I was at a grocery store. A curious fellow shopper stared at my baggy jeans, embroidered Indian cotton shirt peeking out of my ill-fitting nubby winter coat. My hair was pulled into a tight pony tail.
‘India’ I nearly blurted, as I picked up a carton of milk.
‘I live nearby’ I mumbled.

‘But where are you really from?’ insisted the stranger.
India. I quickly walked away from the prospect of further questions and comments.
Since that day in 1977, I have been asked the same question many times. Friendly curiosity raises the question often. Sometimes the reason is not so amicable and is followed by snide remarks or snappy comments.

When I sense a friendly query, I proudly say ‘India.’
If not, it goes something like this-
I start with ‘Chicago.’
‘But where are you really from?’
Actually, a suburb of Chicago.
I meant….
Oh, a northern suburb.
Puzzled look.
I tell the name of the suburb.
Most give up at this stage.
A few pushed a bit further. ‘I mean where were you born?’
In a hospital.
Which town?
It was a big city actually.
Where?
In a big country.
Annoyed looks or snide comments follow.
Only once did a person persist. ‘Come on now.’
Sure, Turkmenistan.
What?
Timbuktu.
No. Seriously!
Uzbekistan.
Really?
Yea, really.

Priya Playle
Where are you really from?
In thinking back on all the times I have been asked this question that I can remember, two things stand out most to me:

I spent my early childhood in the Chicago area. Born there, I spent most of the 70’s being one of few Indians, if not the only non-white, in most groups. To me, there was no mystery to why people would ask me where I was from. It was obviously prompted by the color of my skin and so my answer, too, was obvious … “I’m Indian”. Understanding the motivation for the question meant I was never really offended by it. Actually, I was far more irked by people making fun of my last name or showing surprise at how “good” my parents’ English was.

When we moved back to India in 1982, the question still kept coming, even though I was, supposedly, “among my own kind”. This time, because of my accent – according to Delhi kids, I rolled the R in Priya – so, again, the answer was obvious to me … “Chicago”. Instead of it making me feel isolated, the question actually gave me a welcome chance to explain how I wasn’t really a product of India’s chaos and contradictions. I wanted desperately to separate myself from that image and ethos in those years. 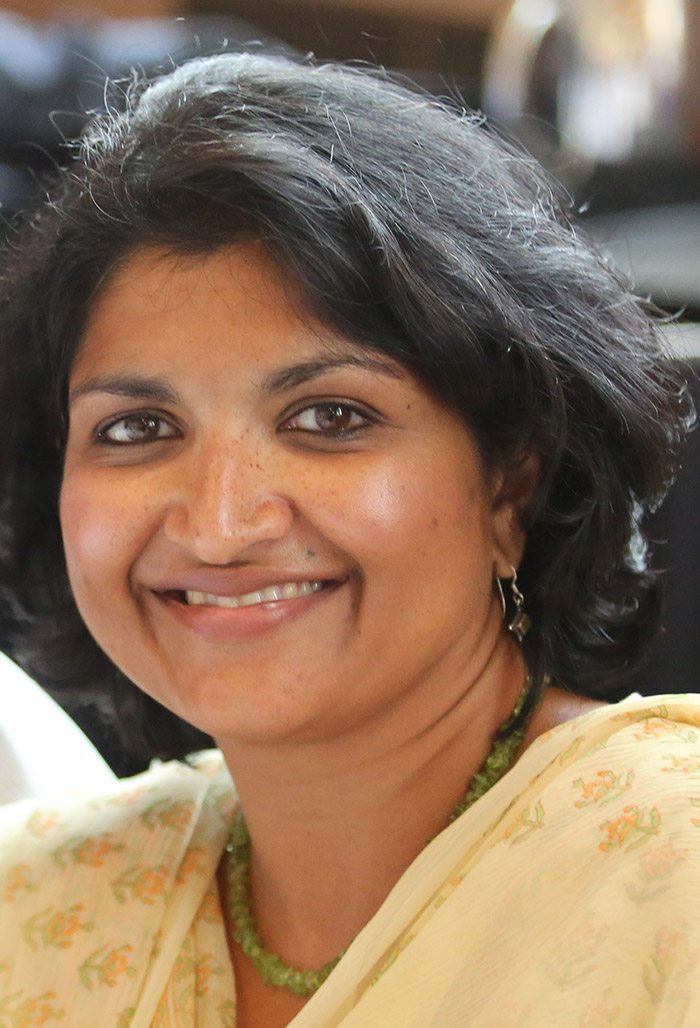 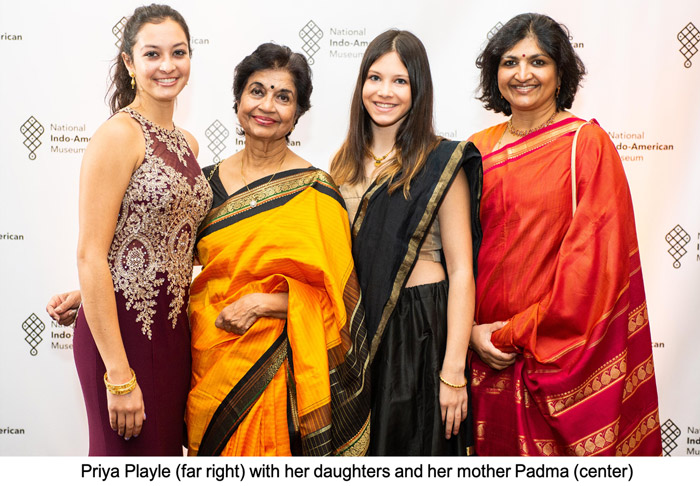 It wasn’t until we started to travel the world during my teenage years, and I would be asked the question by people in and from other countries, that I would find myself genuinely stumped as to how to answer. Now I didn’t know the motive behind the question. Are they asking me where I was born? Where I currently live? What my ethnicity is? I began to resent the fact that the answer to each of those questions was different and, so, I couldn’t supply a neat, one-word answer.

When I came back to Illinois for college, it remained a complicated question to answer. I didn’t want to say I was from India because the immediate follow-up would be “but your accent…”, necessitating a lengthy explanation.

And I was too far removed from the Chicago of my childhood to say that I was from there anymore. I began to dread the question because answering it was exhausting.

Through all these stages, though, never was the answer I chose to give questioned. Never did someone say, “Yes, but where are you REALLY from”. Why, I honestly cannot say. Maybe taking the time to understand why it was being asked helped me give a “believable” answer. Maybe overthinking it was the ticket – I can only imagine how much more insecure about my identity I would have been and how much more I would have agonized over the question if my answers had not been accepted.

Now, in my adulthood, I truly appreciate the complexity and nuance that being “from” so many places has brought to my personality and outlook – how it has shaped me. It’s been a long journey, but I now know exactly how to respond to the question and, more importantly, am proud to give any and all answers that apply. Above all, I genuinely believe that my parents’ greatest gift to me is the fact that the question takes several sentences, and not just one word, to answer properly. 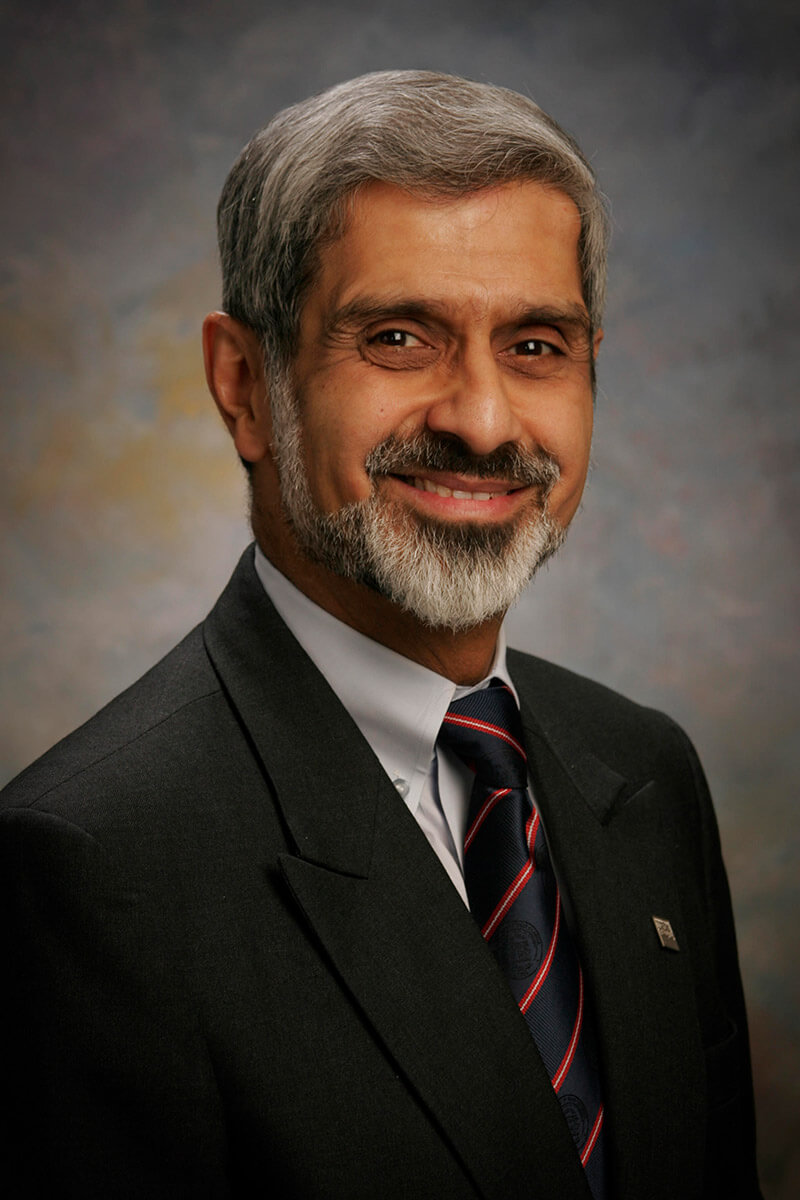 Dr. Beheruz N. Sethna
(President Emeritus, and Regents’ Professor of Business, Richards College of Business, University of West Georgia)
Where are you from?
Regrettably, I have been asked this question far too often to focus on a specific incident, so I have given examples below. Truth be told, even assuming the best of intentions, I find this question to be a lose-lose one. Sometimes, it might be worse – a gotcha question or one that might be offensive.
I was born in India and lived there for about 25 years before I came to the US to do my PhD. I have a British-English-tinged Indian accent, and am a brown guy so it is very obvious that I was not born in the US. However, I have spent the last 47½ years in the US, have lived in the same town in Georgia for 26½ years, and in the same house in Georgia for longer than the entire time I lived in India.

I have been asked this question many times at international conferences (or airports). If you ask me this question in Paris or London, I am likely to say, “I’m from the US” or “I’m from XYZ University in the US.” I’m not being funny or offensive, but it would silly for me to say “I’m from India.” I’m neither denying nor running away from my birth roots, but wouldn’t it be strange for me to say “I’m from India,” when I just flew in from Atlanta, and the last time I really lived in India (as in having a permanent address — though I still visit) was early 1973, way before (probability-wise) the person who is asking the question was born?

If I meet you at a conference in New York or California or some other US state and you ask me “Where you from?” I am likely to say, “I’m from Georgia” or “I’m from XYZ University near Atlanta.” Again, it sounds strange for me to say, “I’m from India.” There might be presenters at that same conference who just flew in from New Delhi or Bombay or somewhere else in India who would appropriately respond, “I’m from India.” But, all I did was get on a plane in Atlanta to get to the conference! Although my skin color and my accent might be very similar to theirs, “I’m from XYZ University in Georgia” sounds much more accurate for me to respond, rather than “I’m from India.” Again, not that I am avoiding my birth roots or pretending not be brown, but “I’m from India” sounds strange and deceptive to me.

This question is related to “Where is home?” which is another lose-lose question. If I respond with a name of a town in Georgia, where my wife is and my children were before they left for college, where I have owned a home for more time than my entire time in India, someone will say, “He is denying his birth roots.” If I say, “Bombay, India,” some Americans would say, “See, this is what is wrong with our immigration system. He has lived in the US for almost half a century, and still doesn’t regard America as his home!” As we know from recent events, it also gives some people the opening to say, “Why don’t you go back home” if you express an opinion that they don’t like.
The only way I have figured out how to respond is to say that I was born in India and have lived in the US for 47+ years! But, I don’t find it to be a satisfying response. It is a tough question – often lose-lose!”

Sharing these opinions are done only in my personal capacity. I am explicitly not speaking on behalf of any institutions with which I am affiliated. These views are personal in nature and do not represent the views of any of these institutions. 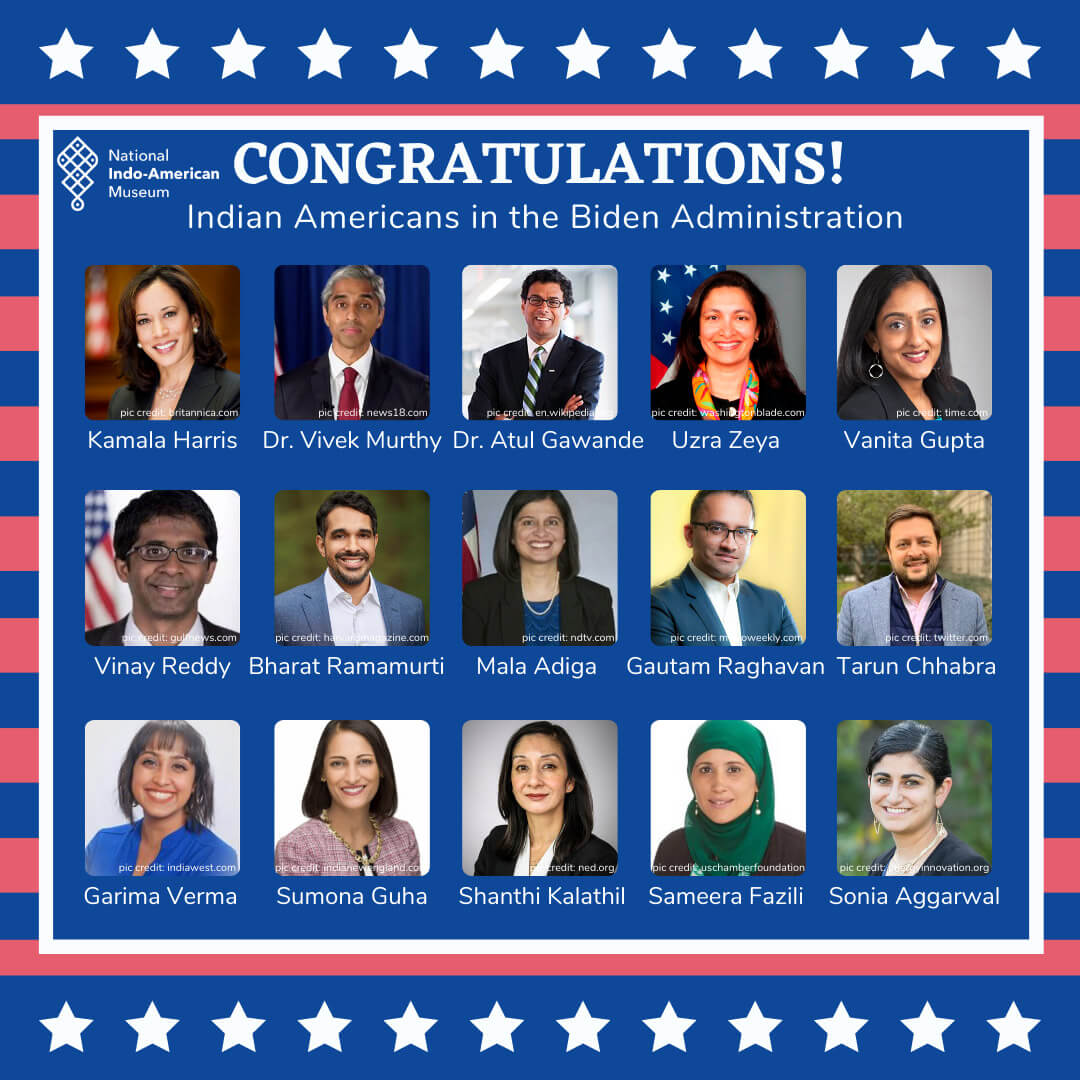 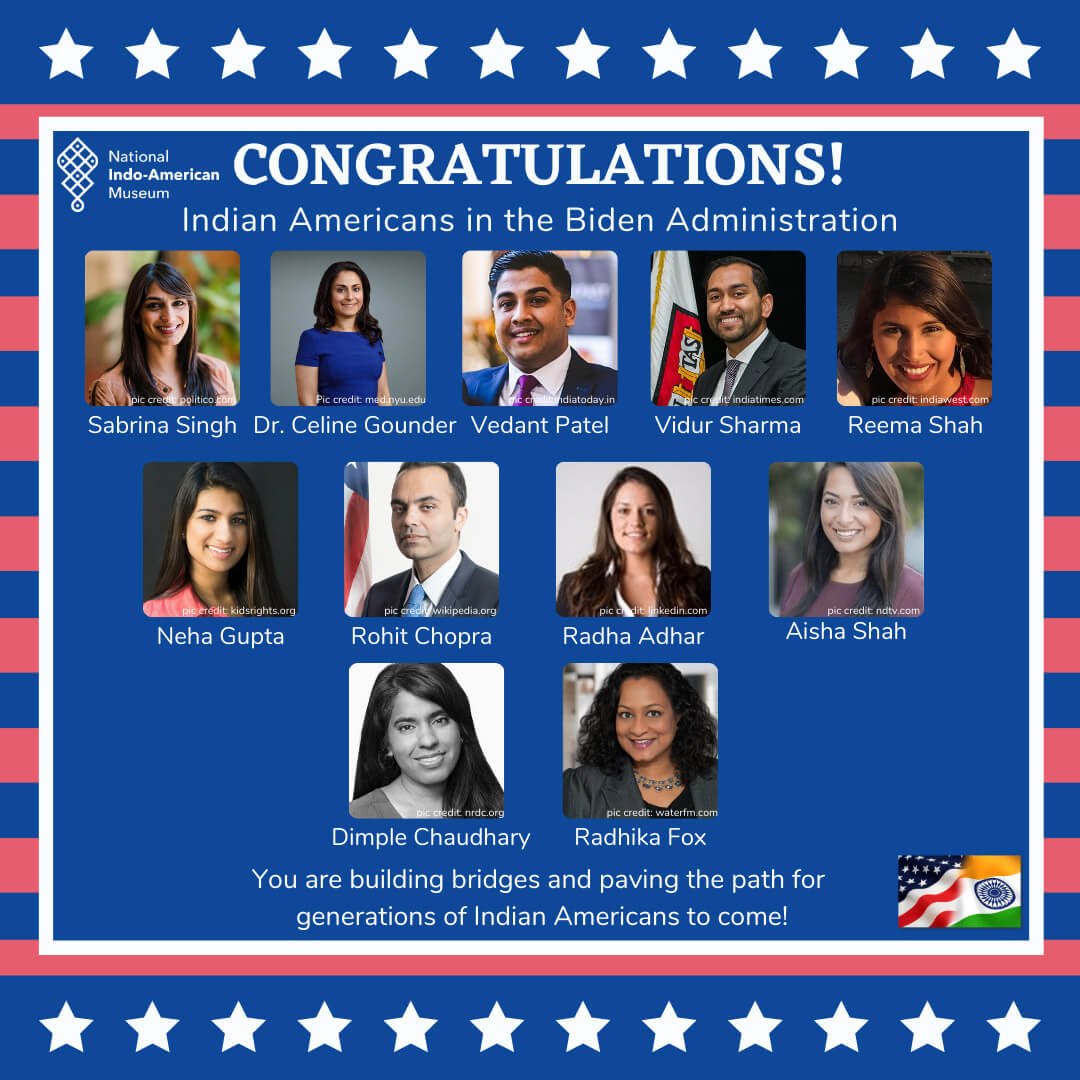