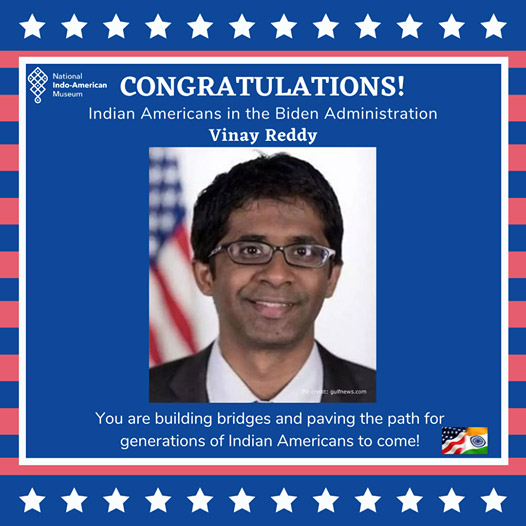 Vinay Reddy is the first Indian American to be appointed as director of the Office of Speech Writing.
President Biden’s inaugural address was written by Reddy.

Reddy also worked as a vice president of Strategic Communications at the National Basketball Association.
Born of immigrant parents from India, Reddy grew up in Dayton, Ohio. He attended Miami University and obtained a law degree from Ohio State University.

He is married with two daughters.